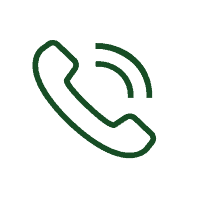 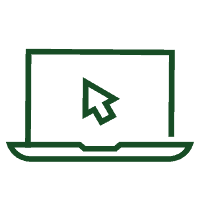 Get a Quick Response or Call Back

Slow and faulty WiFi is an annoying problem that can continue to pop up during the most inopportune times. Today Tech2U is here today to go over some of the best and easiest ways to not only speed up your WiFi, but keep  it from dropping as well.

1. The first thing you should do when your WiFi isn’t up to snuff is to power cycle the router and modem. Once you turn off the devices, wait at least 10 seconds and then turn back on your modem first. Always start with a power cycle if things are slow, this almost always will fix the problem.

2. If power cycling your equipment doesn’t help your WiFi signal, your router might not be in a spot where the signal is getting blocked. Try to move your router to a centralized location, with direct lines of sights to your devices. Any walls or obstacles impede signal strength.

3. Radio interference can also play a large factor in signal strength. Lot’s of devices use the 2.4GHz band and it can become crowded. If your router supports dual band, try to use the 5GHz band as it is faster and less crowded than 2.4.

4. Password protecting your network has a variety of benefits as well. Your pesky neighbors could be on your unsecured network and taking precious bandwidth from you. By putting a password on, you not only kick off any users stealing bandwidth, but your own devices using the network are more secure from attackers.

5. If none of these techniques have helped your signal, then it might be time to contact your internet service provider. There might be an outage in your area or your equipment might have faults in it. If you struggle with streaming, ask your ISP if they throttle your speeds/bandwidths.

App of the Week:

Timehop is a great app designed to be a time capsule of your life. It will go through your social media and device and pull photos and videos that happened on this day years ago. It is free and can be found at https://timehop.com/.

Walt: Action causing the video to lag, stop, maybe get a little bit blurry. Are we blurry right now? Mike Wisby, from Tech2U is here with some easy ways to improve the speed and strength of your home WiFi network. Mike, what’s the first thing if your WiFi is showing signs of being slow?

Mike: Okay, now don’t hate me here because everyone tells you this, power cycle. So turn it off, and turn it on again. Probably…

Mike: It fixes my thing.

Mike: Yeah, it’s always the worst thing to say as a tech-support person because you always get that reaction.

Mike: But it really does help. So, power it down and then turn it back on. Wait for the lights to settle down, and then you should be back in business.

Walt: Okay. What if that first step doesn’t work?

Mike: Okay, if that doesn’t work, you can try moving the router, because a lot of people sometimes put it somewhere convenient, maybe it’s on the edge of the house. It should really be in the middle, as close to the middle of the house as you can be. If you have two stories, then you should try and put it near the floor, on the second floor, or kind of high up in the middle of the bottom floor.

Walt: Yeah, I don’t know what’s going on here at the station because it’s like, if you go to the hallway and a certain area, and stand on your head, and you put the phone on your foot, then you get WiFi. But if you move two feet down the hallway, you’re not getting anything.

Walt: There’s a lot of stuff underground here. I think we’re on an Indian burial ground for a number of reasons at this place. So, what’s next to protect your network?

Mike: Okay. So a lot of people…I mean most people password-protect their WiFi. It sounds obvious but if you don’t have a password on your WiFi connection, put one on because other people can connect in there and slow it down. Some people might be crawling past your house, see an open WiFi network and go, “Ooh, I’ll stop here and do all my business.”

Mike: That’s bugging you down and it’s not very secure for anyone, anyway. But…

Walt: So, what else could affect your WiFi stability?

Mike: Okay, so there’s other things are like interference with other technology like microwaves, and baby monitors. That kind of thing. There are dual band routers out now, which as you use the 5 GHz bandwidth. Most wireless devices are on 2.4 GHz. So, look out for a dual. If you’re buying a new router, if it’s just got too much and you want to buy a new router, make sure it’s dual band, then you can have everything on the 5 GHz bandwidth and it should be a little bit…at the moment, until they bring a new one out, that will be nice and smooth.

Walt: Okay, at what point, assuming I’ve tried this, maybe it’s not working, when should I contact my Internet provider?

Mike: Right about now, once you’ve tried all those things, contact your Internet provider. It could just be a problem with their service. If you do find that it’s usually really good and then suddenly just goes, call your Internet service provider. They may have like a local outage. They may have a website that they direct you too to have a look at the status.

Walt: What if somebody calls me and says, “We’ve detected a virus in your computer.” Who is that person?

Mike: I would be careful, and don’t trust that because anyone can do that and it’s usually a cold-call. They don’t really have…

Mike: They wouldn’t. Unless you let them in.

Walt: Especially if the guy sounds like he’s 6,000 miles away, if you know what I mean.

Walt: Did I tell you what I did? I did get one of those calls.

Walt: The guy called and I knew it was a scam, and I said, “Listen, I’m running a little behind right now. Do you mind if I just give you my credit card and my social security number? And the guy’s head exploded. He wasn’t that guy. He wanted to transfer me because he’s just the opener. So…

Mike: Oh, right. He’s just trying to get you to the closer real quick.

Walt: Yeah, and I misfired on him. He didn’t know what to do. So, you have an app of the week.

Mike: I love this app. It’s great. Every morning it will send you a little notification and it will tell you what you were doing, you know, they’ll have a picture of you, two to three years ago and it will say, “Have you ever seen it on your Facebook feed…

Walt: All the time.

Mike: It’s pretty interesting. You might not want to see what you were doing eight, nine years ago, but…

Mike: This will tell you and it just pops up in your feed, and every morning I look at it and I sort of put my head in my hands, say, “Wow, what is it doing?”

Walt: I know, I know. Well, that happened with Rob, our weather guy on his Facebook page. What popped up was a picture of Rob and his dog, and his dog had just recently passed away, and it was a picture from five years ago, and he was like, “I didn’t need to see that.”

Walt: Yeah. Those things can be bad.

Mike: But they will pop up, and you can turn that off, if you don’t want to see it.

Walt: Okay, so like anything else. Mike Wisby, Tech2U. Mike, thanks. It’s always good to have you here. Amy, over to you.

Copyright © 2003-2020 Tech 2U | All Rights Reserved | Website and Digital Marketing by Allroads Consulting, a Tech 2U Company.